FOGAL: THE LEADING PLAYER IN LEGWEAR 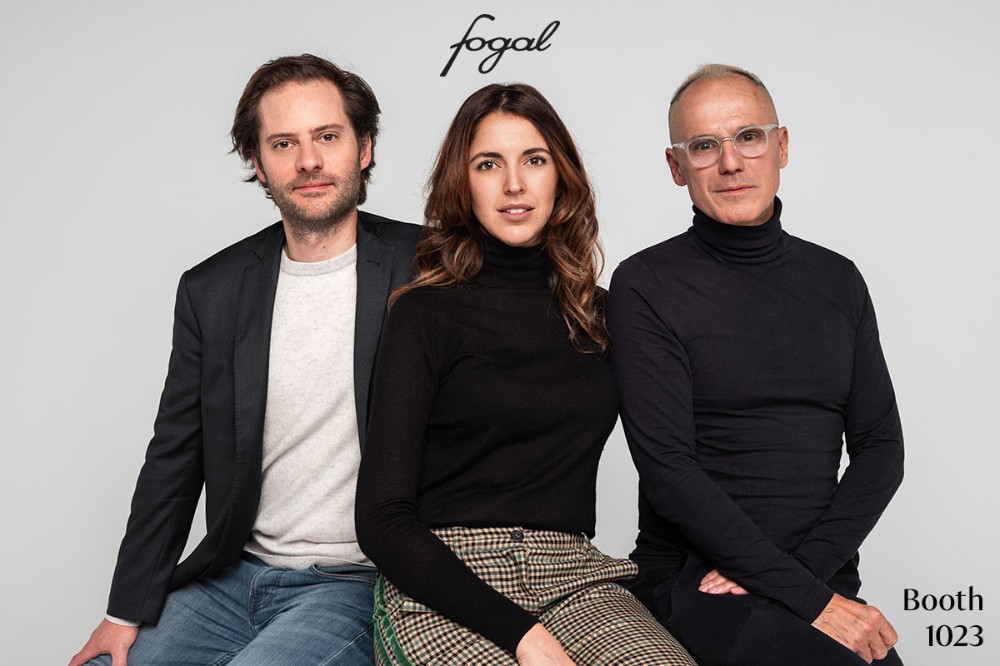 Fogal was established in 1921 by its founder, Mr. Léon Fogal who opened the first Fogal boutique in Switzerland. Driven by a spirit of innovation and a fierce desire to develop Swiss quality products, Léon Fogal launched his own production and embarked on a most ambitious exercise – integrating natural fibers such as cashmere and silk into what would become the most luxurious stockings, socks and tights in the world.

The brand became a global player in the legwear industry, distinguishing itself by creating collections with innovative style and myriad color. Fogal furthered its development by opening flagship stores in New York, Paris and Milan while distributing internationally in such prestigious department stores as Harrods, Saks Fifth Avenue and Mitsukoshi, to name but a few. 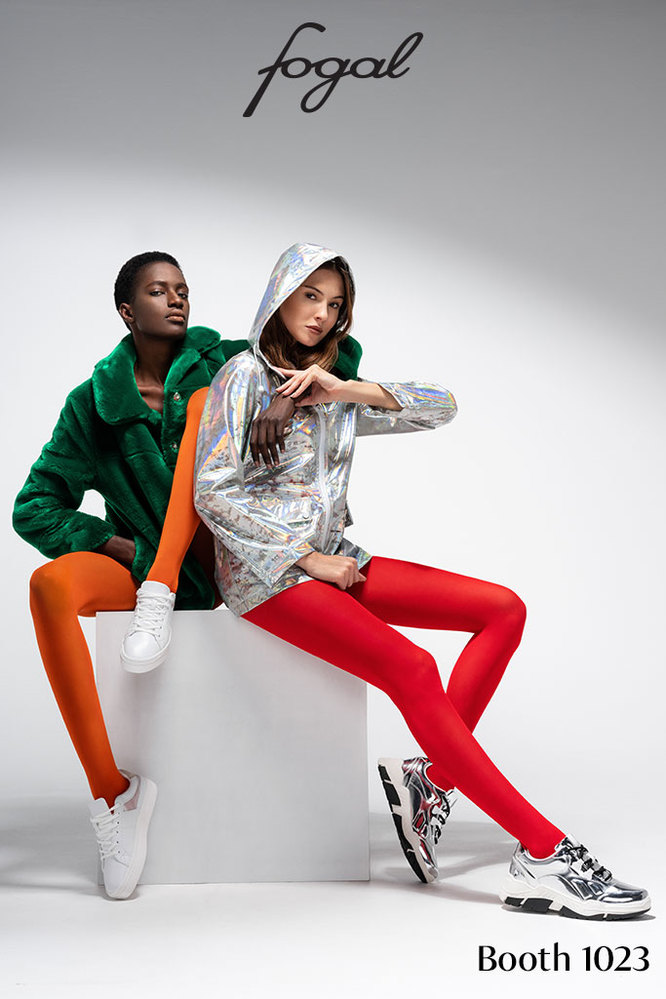 In 2017, the entrepreneur couple, Edouard and Margaux Burrus, took over Fogal. Touched by the soul, elegance and heritage of the brand, they decided to give a new financial and creative energy to this storied Swiss classic.

Coupled with this new vision, the omni-talented Swiss Creative Director, Jean-Luc Amsler from Yves-Saint-Laurent, Dior and Smalto, has joined forces and signed Fogal’s Fall/Winter 2020 Collection – a modern, stated and feminine collection. Mr. Amsler has sourced its inspiration from iconic dresscodes from men’s wardrobe, the essence of purity and light applied on legwear, an audacious color palette, as well as finest materials such as cashmere and silk, to name but a few. 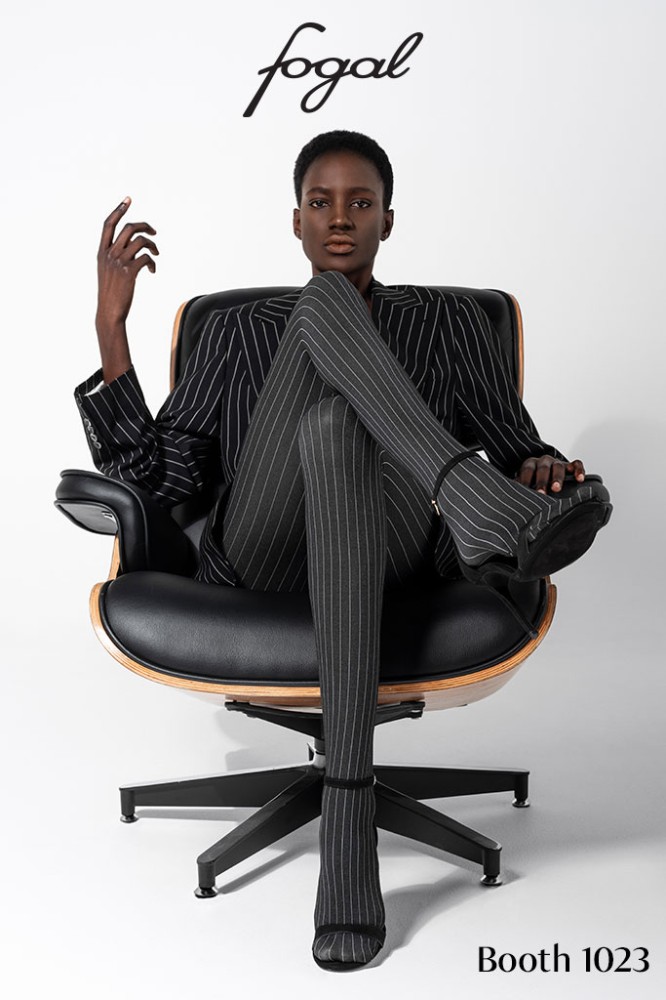 The launch of new eco-conscious packaging, the development of recycled pantyhose as well as the appointment of the talented Swiss Creative Director, Jean-Luc Amsler, are amongst the innovations that will be presented at Curve New York.

Now more than ever, Fogal celebrates women’s legs and remains a symbol of elegance and coquetry. Pantyhose have become the ever-so comfortable, ever-so appealing, must-have accessory in every woman’s wardrobe. 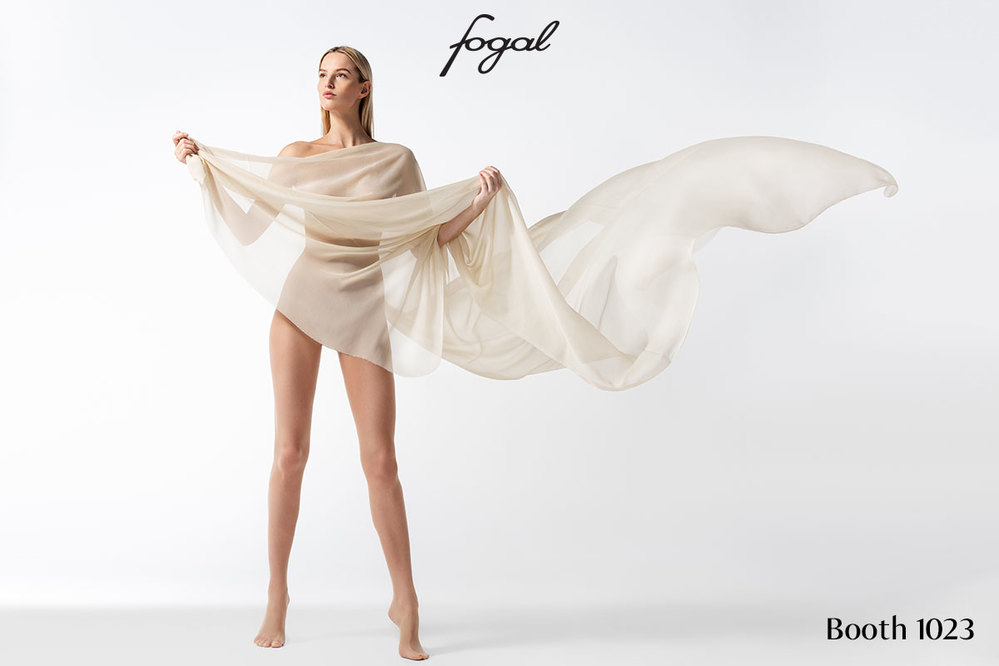 You wish to request an appointment with the brand « FOGAL: THE LEADING PLAYER IN LEGWEAR ».

Your message has been sent to the Eurovet team for approval before it is sent to the brand. Make sure to check your email box regularly as you will receive an answer shorty!
Votre message n’a pu être transmis, veuillez vérifier votre connexion à internet puis réessayer